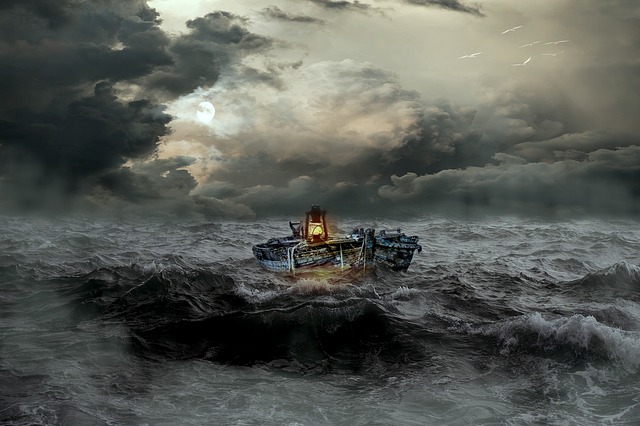 I had a dream several months ago. I don’t remember it all that clearly, but it woke me in the middle of the night with sweating. As my head cleared and I tried to remember what I had just seen, I felt a sense of urgency to pray. Not really knowing what was going on, but getting to that age where waking up in the middle of the night seems more common, I decided to just go with it. I got up and started to pray.

There was something different this night though. The more I prayed, the more the sense of urgency grew. I kept hearing words in my head, “Hurry, quickly!” I prayed a rosary and started speculating what in the world could be happening that needed such urgent prayer. Were one of my kids in danger? Was some tragedy looming? After an hour or so, having no more clarity I decided to go back to bed until morning. The next several days were fraught with thought and prayer as I tired to ask God what I needed to “hurry” up and do “quickly”.

Over the next several weeks some clarity came to me, especially after spiritual direction. I sensed that the “hurry” and “quickly” were an invitation INTO the Lord’s heart. It was so different from anything I was thinking or expecting. I have such a tendency to “do”, to act. Yet this invitation was to more prayer, not action. As I responded to the invitation, I sensed more and more that a storm was coming, and that not only did I need to be IN his heart, but I also needed to be praying more. Ironically, last year around this time I had another experience in prayer on the Feast of the Sacred Heart of Jesus. I had just read a reflection in the Magnificat about how the “tip of the spear that pierced the heart of Jesus opened a door into which we could now enter.” All the times I ever imagined myself kneeling at the foot of the cross it was always seeing the blood and water coming OUT of the heart of Jesus and washing over me. Never did I think of the action going the other direction, ME going into HIS heart. This new inspiration was further development of that earlier movement. I sensed Jesus inviting me to hurry into his heart, to come quickly, to go deeper and further in. If I ever wanted to be okay in the coming storm, that would be the place to be!

Fast forward now, months later. I find myself now in the midst of a storm. The past six to eight weeks have been a time of turmoil and conflict, one of the worst I can remember in a very long time. I have been praying through it, and trying to remain stable. I have had some good moments, but honestly many days I have let the conflict and anxiety get the best of me. I wish I could say that I followed the Lord’s direction and stayed deep in his heart. If I had done that I’m sure I would have fared much better. Instead there have been many bouts with anxiety, lots of sleepless nights, and way too much venting frustration with close friends. As I look back over the past several months of all this activity, what’s most amazing to me is that God actually tried to prepare me for the storm ahead of time!

I did find some very consoling comfort one morning as I was drawn to the scripture passage about Jesus and the apostles in a boat, caught in a great storm. I saw myself in the boat, being tossed here and there by the wind. I felt the panic of the disciples as they feared they would perish. The circumstances very much matched the virtual storm seeming to be going on around my life. But as we went up to Jesus to wake him, I was suddenly overcome with peace. My thought was clear, “If Jesus is IN the boat with us, what could possibly go wrong? Why need to wake him at all? Perhaps we should just take a nap with him?” I was struck with my own thoughts – maybe I am acquiring some new faith? I was overcome with peace either way.

In early June I was praying one morning. I realized the Magnificat on my prayer table had expired and went searching for the new one. I knew it had arrived in the mail. As I found the magazine and unwrapped it, I was immediately struck with the cover (see below). God never stops amazing me with his attention to the fine details! I went immediately to the back where they always have an essay about the cover art:

“Here then, rendered in a highly evocative manner, is the shipwreck, inescapable in human eyes, of the Church over the course of her journey through history to the other side. Peter has lost hold of the rigging and let the mainsail billow; the other Apostles, huddled together in terror, have abandoned their oars. Even the figurehead of this frail bark seems to fear the worst! And in the meantime, Jesus sleeps peacefully. From Nero and Diocletian, through the barbarians, the scandals of the Renaissance, the French Revolution, Communism and Nazism, how many times throughout history has the cry not rung out, “The Church is foundering! The Church is about to sink without trace!”? And each time, in the end the Lord has risen up to command the roaring waves to be calm. And they have obeyed. In our day, the Church seems once again on the verge of perishing, first of all, alas, because of scandals within, while her external enemies, not idle, are already rejoicing at her imminent demise . . . In our miniature, painted a thousand years ago, we see one Apostle grasp Jesus’ shoulder by the hand and give him a vigorous shake to wake him up. And, just as Saint John Paul II rightly said, “We are all co-responsible for the Church,” this hand seeks to awaken us as well, inviting us not only to add the cry of the prayer of the faithful to its action, but also to oppose the unleashing of the forces of evil with the holiness of our lives.”

Are you in a “storm” these days? Even if you aren’t, hang tight, there’s probably one coming again soon. The “spiritual weather” is like that.  And for many, it seems like the Church and the world is heading into a great storm like no other. But like the reflection above says, no matter what has ever happened all throughout history, Jesus has always been with us, IN the boat! Take comfort, take courage! We are not alone. And in the worst of storms, he has always woken up to rebuke the waves and the wind and to bring about a great calm. We’re going to be just fine!  Know that I am praying for you.