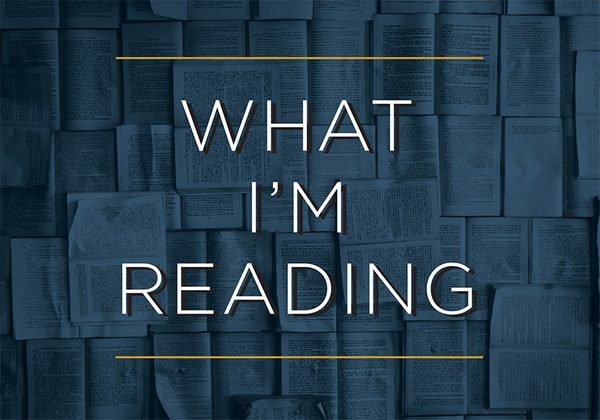 It’s a common joke how many multiple books I am reading at any given time. My typical goal in any given year is 24-30 books, at least two per month. My wife usually razzes me about the piles on various tables around our house, and the bags I use to carry them back and forth to work every day. In my defense, many studies support the case that reading leads to significant personal growth. Consistent reading is linked to all kinds of good things – everything from success to personal health and happiness. But I would stress the need for disciples to constantly be learning and desiring to grow as the main reason I read so much. “Desire” is one of the most fundamental qualities of discipleship. There’s a whole lot in the discipleship realm that depends on God and what HE does. Stirring up desire is one of those things that WE can contribute, and reading often inspires that for me.

There have been several titles over the past couple months that have been quite good, so I thought this month I would share some of those with you. I’ve already commented in this blog about them little book put out by the University of Mary, From Christendom to Apostolic Mission. I won’t say much more about that book, but if you haven’t already read it I would stress it as a must read. We recently had Msgr. James Shea, President of UMary, come to the Archdiocese of Oklahoma City to lead a Lenten Day of Reflection for our Pastoral Center staff. He preached all day on the book and brought to light a number of new insights I had missed. I’m now on my FOURTH read of the book and still gleaning good things from it. Few books offer that much fruit.

Here are three more great reads and some brief insights I have gained from them:
Canoeing the Mountains, a great supplement to the Christendom to Apostolic Mission book, is built on an analogy of the early 1800’s Lewis and Clark expedition. When President Thomas Jefferson completed the Louisiana purchase, he was keenly aware of the international competition to lay claim on the land on the western side of the continent. In 1803 he commissioned Captain Meriwether Lewis and Second Lieutenant William Clark to explore and map the newly acquired territory. For more than 100 years, it was thought that if one could get to the tip of the Continental Divide, they would simply have to coast down the other side to the Pacific Ocean. Much to their surprise, when the expedition finally made it there, they were met with the Rocky Mountains!

The book makes the powerful comparison of Lewis & Clark’s expedition to the current state of things in the Church, Evangelical, Protestant and Catholic alike. We are in a new era, unknown territory, and to move forward we are going to have to do some radical things to survive, much like Lewis and Clark’s shifting from canoeing to mountain climbing.

The Ruthless Elimination of Hurry is another great and quick read. According to author John Mark Comer, “hurry” is a sickness, one that is growing in its impact on our modern culture. Those affected by its grip rarely have time to consider deeper questions like, “Who am I becoming?” as I race around day after day doing all the things that I do. On the outside Comer appeared successful – it seemed like he had even “made it”. But inwardly, he knew something was wrong. A friend and mentor told him how to recover from his sickness: “Ruthlessly eliminate hurry from your life. Hurry is the great enemy of the spiritual life.”

The rest of the book unpacks how he did just that. What I found most fascinating about it is that all of his conclusions and remedies were rooted in our Catholic faith: silence and solitude, sabbath, simplicity, and slowing. There were numerous quotes from saints and Fathers of the Church in what he taught. Overall, I have found it to be a powerful invitation to detach even further from the constant noise and distraction to what God is doing in my own heart each and every day – a fascinating roadmap to greater emotional health and staying spiritually alive in the chaos of our modern world.

And finally, Things Worth Dying For by Archbishop Chaput has been a daily supplement over the past several weeks. This book, just out as of March 16th, is a poignant read in light of this past year. With COVID-19 cases still emerging around us, and lingering effects of racial and post-election tensions still present in our midst, much of what he talks about in these pages is like a sportscaster offering play-by-play commentary on what is going on around us. One of my heroes, and someone I have had the great privilege of serving for in the Archdiocese of Denver when I lived there, Chaput always brings a certain clarity and simplicity to his articulation. It started out as a book I was reading at night as I was going to sleep, but quickly transitioned into something I was reading with my morning prayer time as it offered more and more illumination to what I was dealing with in my day-to-day life.

I hope these books inspire a similar fruitfulness for you!