A Time for Thanksgiving!

A Time for THANKSGIVING!

As this year comes to end, and we prepare for a new one, it’s a great time to look back and stir up gratitude for all the blessings. Many may think that 2020 is not worth such an effort. It’s been a year like no other, filled with hardship, difficulty and even tragedy. Many want to just get it over with and hopefully move on to better times in 2021.

But don’t move on too quickly. This has been an immensely fruitful year for me and for my family. I don’t think that fruit is despite the hard things the year has held, but rather because of them. As we move into this holiday season, make sure you take time to count your blessings, even those that came through difficult struggle and trial.

Here’s a special video message announcing our yearend funding campaign. There are many exciting projects in various stages of development for this next year. We would be deeply honored to have you partner with us in mission! 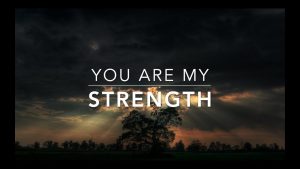 How Are You Holding Up?

It seems each day brings new challenges, new battles, and an endless onslaught of “stuff”. Will it ever end?! Add an epic ice storm we had here in Oklahoma to the list for 2020. I spent an entire weekend cleaning downed trees, along with the rest of my neighbors. Which is nothing compared to what those who live in Louisiana or the Gulf Coast have dealt with, facing hurricane after hurricane this year.

Hardship, difficulty, temptation – these are all part of the journey for us, and God actually uses all these trials to help us grow and mold us into people after his own heart. Still, I observe in myself a defiant resistance to difficulties. I want peace, order, tranquility, but typically from more of a worldly perspective. I want things to go well for me, I want to have little to no difficulty in my day-to-day experience, I want things to go my way. It almost hurts to say that out loud, but if I’m really honest, I have to admit it’s true. 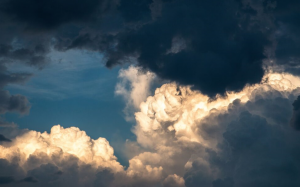 Reading the Signs of the Times

Any rational observer of the world can see that a big storm is on the horizon. Shaken by the failure of political and religious structures, as well as empty cultural realities, the world is looking around for something that cannot be shaken. Yet because of the ultimate fear of death, manifested as fear of financial ruin, loss of political power, loss of ecclesial moral stature, or more basically as fear of the unknown, people are seriously shaken with existential fear. What happens when I die? Where will I go? Is this all there is? Who am I?

People are grappling with the unknown and seeking to cling to whatever looks or feels comfortable.

For the third year in a row, life expectancy in this country has declined, mainly due to “deaths of despair” (Fr. John Riccardo): Since 1989 suicide rates have gone up thirty to forty percent; substance abuse and addiction are up (the US represents five percent of the world’s population yet has eighty percent of addicts); death by cirrhosis of the liver has gone up sixty-five percent in twenty-five to thirty-four-year-olds since 1989.